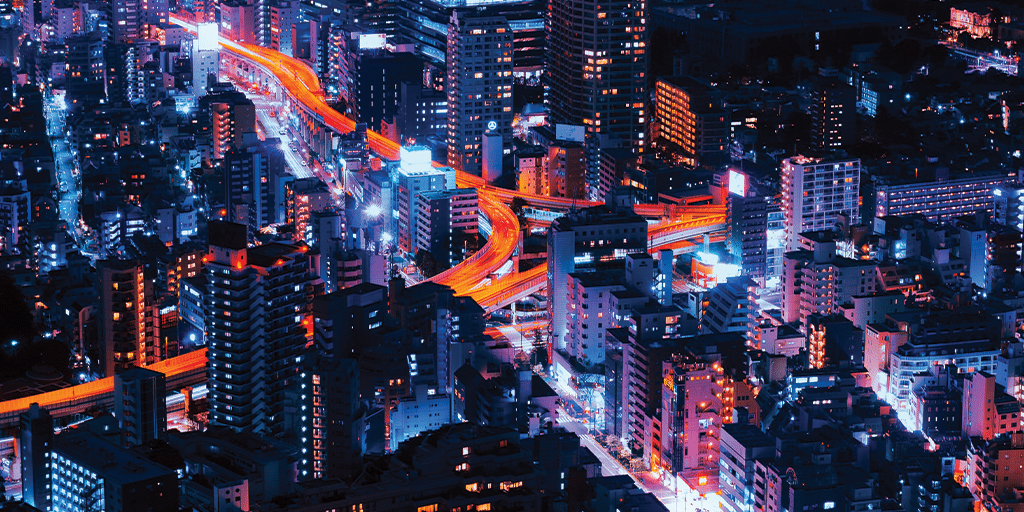 Smart Cities and Colocation – It’s Not a Coincidence

It's estimated that two thirds of the world’s population will live in cities by 2050. In order to accommodate this rapid growth, cities must become smarter.

In 2017, Hurricane Harvey decimated Houston, TX, unleashing over a trillion gallons of water onto the city and flooding over 96,000 homes. The Category 4 storm killed 68 people and caused $125 billion in damage. Mayor Sylvester Turner acknowledged that Harvey was a wake-up call that the city had to change.

Houston subsequently transformed itself into a leading, tech-centric “Smart City,” embracing the cloud and IoT to enhance disaster preparedness and recovery, spur innovation, and revitalize economic development. A network of environmental sensors now collect data on flood detection, sewer outflow, and water and air quality. An intelligent transportation system of smart devices and real-time data collection and analysis help manage traffic on a comprehensive scale. Smart drones in the sky assess conditions and identify hazards. Social media and AI capture and evaluate community sentiment, driving more engaged and well-informed governance. As a result, Houston has come to serve as a model for Smart City initiatives.

Houston is only one of many cities that have or plan to transition into a Smart City. Chicago was recently ranked as the smartest city in America, and the fifth smartest in the world. Its Resilience Chicago plan leverages integrated technologies to “build a Chicago that is more resilient and connected, in the pursuit of economic opportunity, safety, equity, and sustainability.” Kansas City, Mo. launched its Smart City initiative three years ago, an ambitious public-private partnership that includes collaboration with Cisco, Sprint, Avis, and Think Big Partners. And Philadelphia this year released its own SmartCityPHL Roadmap.

It is estimated that two thirds of the world’s population will live in cities by 2050, a significant increase from the current 54%. In order for cities to accommodate this rapid growth while remaining functional and responsive to people’s needs, they need to become smarter. Leveraging real-time data from cloud-based IoT devices gives cities the ability to monitor events as they unfold, understand citizens’ needs–and how these needs are changing–and respond with faster and lower-cost solutions. This has the potential to significantly raise the quality of life in urban areas, from public safety and disaster response and recovery, to shorter, more seamless commutes, to cleaner, more sustainable environments.

To realize this vision, Smart Cities require numerous interconnected networks of remote sensors and endpoints that constantly collect, process, and analyze massive amounts of data. Many of these systems must respond in real time to variable circumstances, such as traffic levels or the changing locations of moving trains and busses. In the event of a natural disaster or some other catastrophe, detection, response, communication and coordination must be as fast and as seamless as possible.

Smart Cities depend on ultra-low latency, two-way connectivity between sensors and devices. The slightest delay in connectivity can have real consequences, whether it’s a missed connection for commuters on the way to work, sudden gridlock on the streets, power outages, or a delayed disaster alert or evacuation order. Urban-based, interconnected data centers will be crucial to the success of smart cities as they continue to proliferate across the globe.

To find out more about how Netrality’s interconnected data centers support Smart City initiatives, contact us.