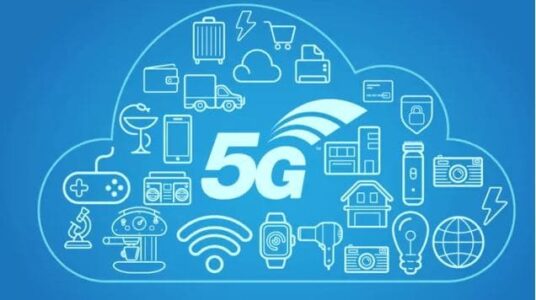 As part of Netrality's blog series focused on key themes in the news, here are four barriers that 5G must overcome before reaching widespread adoption.

5G has the power to transform emerging technology like augmented reality, artificial intelligence, self-driving cars and the IoT into integral parts of day-to-day life. While most industry professionals likely agree that 5G is the “next big thing,” there’s a lot less agreement on when we might expect it to reach the mainstream.

As part of our blog series focused on key themes in the news, here are four barriers that 5G must overcome before reaching widespread adoption:

Faster Speed = Faster Problems
Faster isn’t always better. In a recent article, ZDNet’s George Anadiotis points out that while the major benefit of 5G is increased network speed, the limiting factor of today’s IoT applications isn’t network speed. What is the limiting factor: data orchestration and management. Fast is good and the more data the better, but if you are sloppy with how you handle that data, you will only create bigger problems down the road

4G’s Security Flaws Will Be Magnified in 5G
Security is already a headache for IT teams, and 5G won’t make things any better. According to the European Union Agency for Network and Information Security (ENISA), current issues in SS7 and Diameter (the signaling protocols in 2G, 3G, and 4G networks) will be even more problematic in 5G. The real kicker? The very things that have the IT community is so excited about 5G, namely lower latency and higher bandwidth, are the very things that make 5G more susceptible to DDoS attacks where IoT devices can be used to form a botnet.

In this article The Internet Of Business’ Rene Millman explains why 5G networks will be more vulnerable to DDoS attacks than its slower predecessors.

Meeting Consumer Expectations, Quickly
The public excitement for 5G is building, and that’s a good thing. Meeting those expectations is a, entirely different matter. The roll-out of 5G will result in even higher expectations when it comes to low latency and constant connectivity; expectations that could be challenging to meet when 5G needs to power millions of devices in homes, businesses and municipalities – decisions that will need to be made within fractions of a second. To make matters more complicated, the constant interaction and sharing of data between these devices will create additional demands on 5G networks, making it more difficult to provide a user experience that lives up to expectations.

But, as NetworkWorld’s Kris Beever points out in his recent article, this headache has a cure: automated traffic management.

Uneven Roll-Out by the Major Carriers
The big four carriers (Verizon, Sprint AT&T and T-Mobile) have been in the process of upgrading their networks for 5G since late 2017, but like with any emerging technology, deployment is slow.

What are the carriers realistically capable of achieving in 2018 and what cities will get 5G first? Check out this article from Gizmodo’s Sam Rutherford and see if your area made the shortlist for 5G.